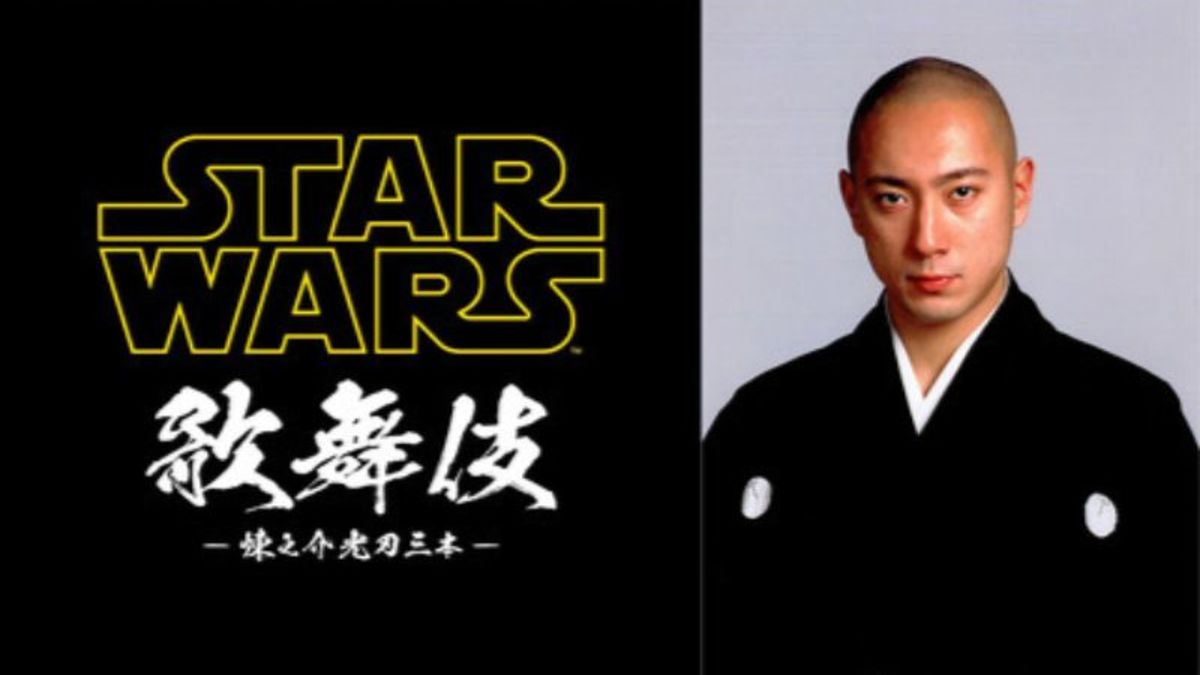 East is your slice of Asian internet culture, bringing you the latest talking points from Japan, Korea, China and beyond.
Ichikawa Ebizo XI will star in and supervise the official kabuki adaptation of Star Wars.
According to Mantan Web, the kabuki adaptation will feature scenes from each of the films in the latest trilogy.
Ebizo is quoted as saying that whether you’re a fan of Star Wars or kabuki, this will be a stage performance to be enjoyed.
Next month, an adaptation of Nausicaä of the Valley of the Wind is also scheduled to open.