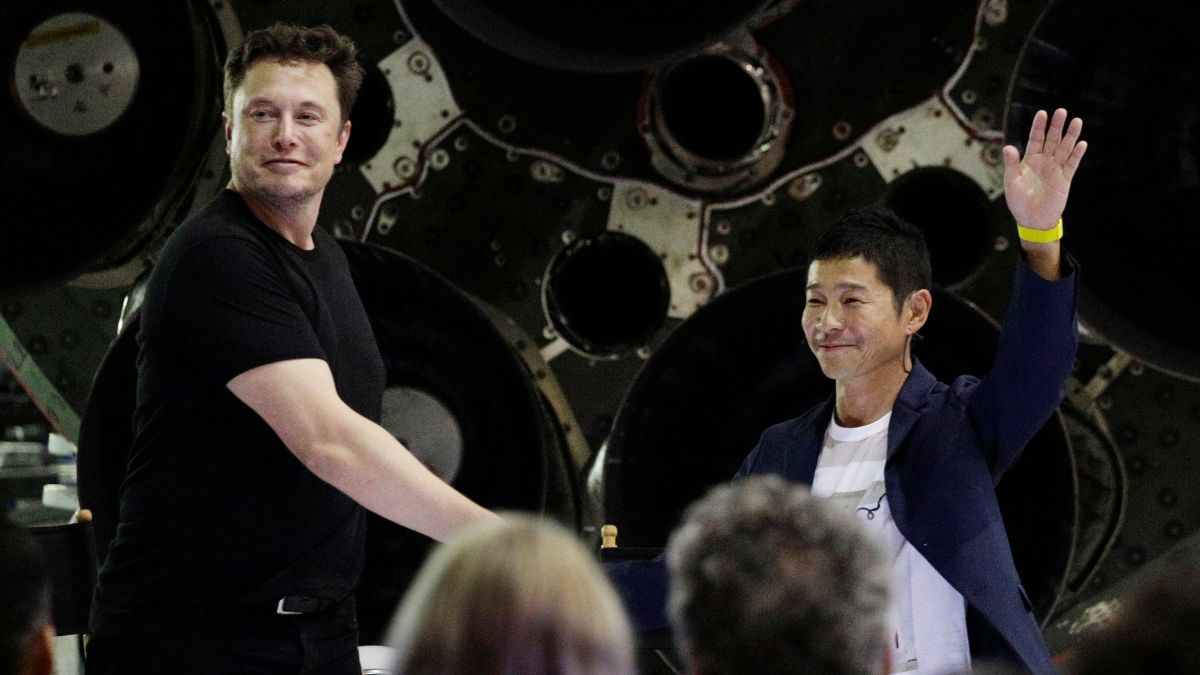 Elon Musk and Yusaku Maezawa at a SpaceX event on Monday.
Photo : Chris Carlson ( AP )SpaceX CEO Elon Musk announced the first paying tourist that the company plans to fly around the moon on a 240,000-mile journey on its promised Big Falcon Rocket (BFR) —and it’s Japanese billionaire, founder of online fashion giant Zozo, and art collector Yusaku Maezawa.
At a SpaceX event on Monday in Los Angeles, Musk did not clarify how much Maezawa would pay for the journey, according to TechCrunch.
Advertisement“He’s paying a lot of money that would help with the ship and its booster,” Musk told the crowd.
AdvertisementT he Atlantic wrote Musk said there will be multiple tests of the BFR before it goes into operation:Musk said SpaceX would conduct several uncrewed test launches of the BFR.