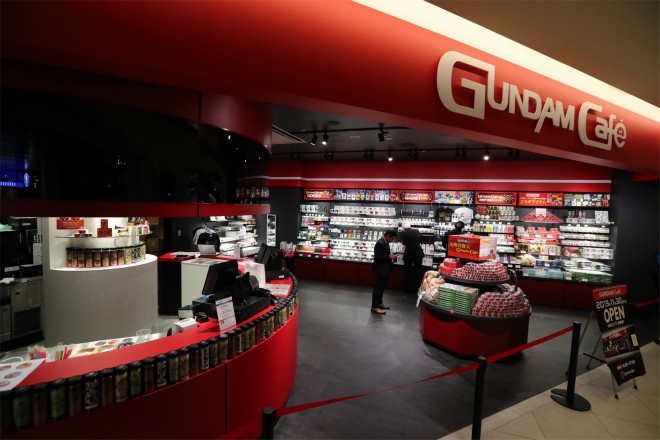 The Gundam Cafe that opened at the Canal City Hakata commercial complex in Fukuoka's Hakata Ward in November (Asahi Shimbun file photo)
Gundam fans brace for impact. Japan's very first official cafe devoted to the anime is about to get a whole lot bigger.
Ten years after it debuted in the capital's sanctuary for anime fans, Gundam Cafe Akihabara is undergoing a major facelift that will leave it four times larger when it reopens in July.