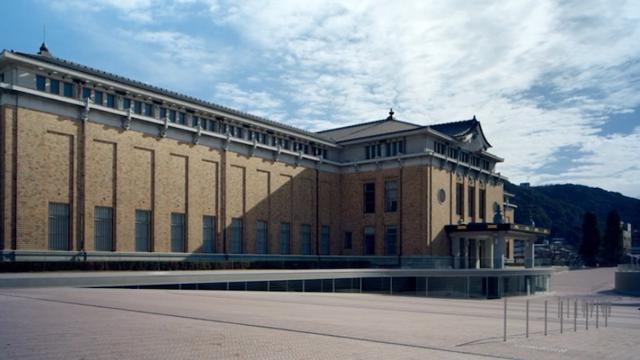 the facade of the new museum, which re-opened on May 26, 2020Opened in 1933, the Kyoto Enthronement Memorial Museum of Art would go on to survive a world war and multiple natural disasters to become Japan’s oldest public art museum.
But in 1952, the Museum was derequisitioned and renamed “Kyoto Municipal Museum of Art.” And for the next 60 years the museum would go on to hose significant cultural events, showcasing both local and international works of art.
I am acutely aware of the significance and responsibility involved in the current large-scale renewal of the Museum.
Jun AokiFifty-year naming rights were sold to Kyocera for 5 billion yen (about $46 mm usd), which is how it got its new name.
Th Kyoto Kyocera Museum of Art re-opened in May of 2020.a large incision was made to depress the central foreground and create a slope that gently descended toward the centerthe museum’s new logo was designed by graphic designer Shinnosuke Sugisaki