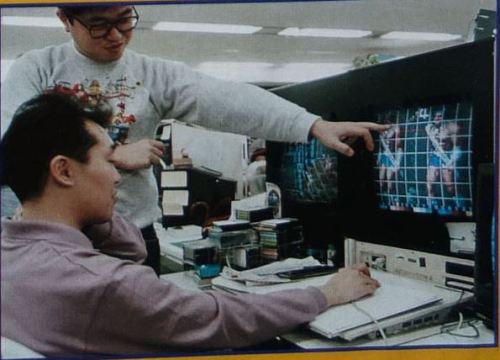 An Amiga, Deluxe Paint and a mouse. From the late 80s to the early 90s, these 3 tools were at the core of numerous graphic designers’ workstations in the West. It took years for the Japanese industry to start adopting commercial engines such as Unity and Unreal Engine, most of those companies were used to develop their own engines before that. This home-made approach wasn’t exclusive to game engines; at a time when most Western companies used the same sound engine on Mega Drive -GEMS-, Japanese developers often produced their own. Regarding graphic design, it was pretty much the same: there was almost one kind of setting per company in Japan.