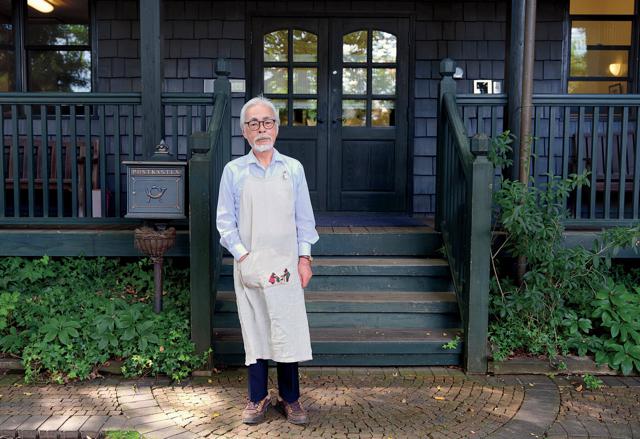 “I believe that the tool of an animator is the pencil,” he tells me. (We speak through an interpreter, Yuriko Banno.) Japanese pencils are particularly good, he notes: The graphite is delicate and responsive — in the 2013 documentary “The Kingdom of Dreams and Madness,” directed by Mami Sunada, he mocks himself for having to rely on a soft 5B or even softer 6B as he gets older — and encased in sugi (Japanese cedar), although, he muses, “I don’t see that many quality wood trees left in Japan anymore.” He adds, “That’s a true story,” then laughs, leaning in to the screen, and I think of the ancient, moss-cloaked trees in “Princess Mononoke,” cut down to fuel Lady Eboshi’s ironworks, and of their counterparts in the Shiratani Unsuikyo Ravine on the island of Yakushima in the south, which Miyazaki visited while location scouting for the film. The oldest cedar there, 83 feet tall and nearly 54 feet in circumference, is believed to be more than 2,600 years old, making it one of the oldest trees on earth. (The forest of the film does not exactly correspond to the ravine, Miyazaki has said: “Rather, it is a depiction of the forest that has existed within the hearts of Japanese from ancient times.”)