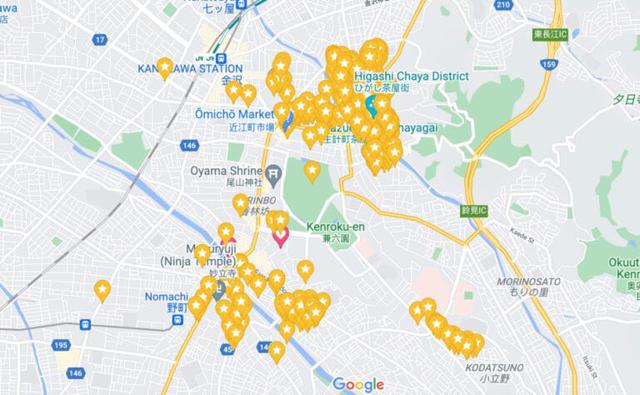 Japan’s secondary cities are facing population loss to the ever-expanding megacities of Tokyo and Osaka, and abandoned structures throughout the smaller cities’ domestic cores attest to this de-densification. Kanazawa is the second-largest (after Kyoto) of the urban centers that escaped firebombing during World War II, and here the demographic abandonment achieves dramatic emphasis. Neighborhoods built up with houses from radically disparate eras remain dotted by century-old structures now deserted and impossible to restore, leaving little choice but demolition. With no impetus toward new construction, these lots, once cleared, often stay vacant — paved over for parking, left to natural overgrowth, or colonized as yards and gardens by next-door residents.