Japan’s ‘flying car’ gets off ground, with a person aboard www.thenewstribune.com 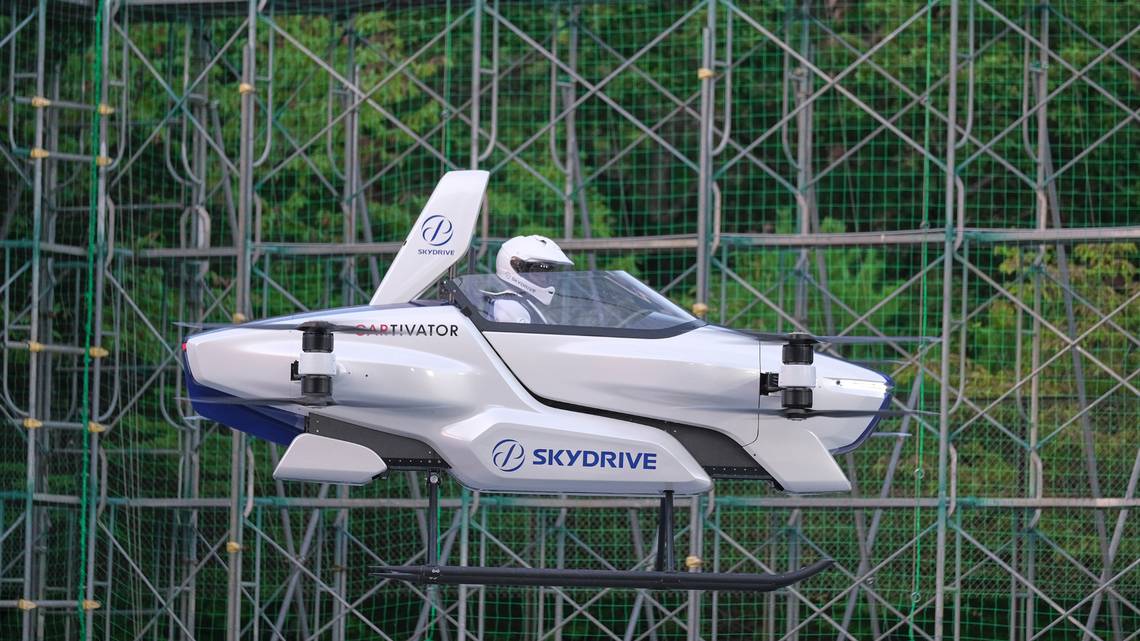 The decades-old dream of zipping around in the sky as simply as driving on highways may be becoming less illusory.

Japan’s SkyDrive Inc., among the myriads of “flying car” projects around the world, has carried out a successful though modest test flight with one person aboard.

In a video shown to reporters on Friday, a contraption that looked like a slick motorcycle with propellers lifted several feet (1-2 meters) off the ground, and hovered in a netted area for four minutes.