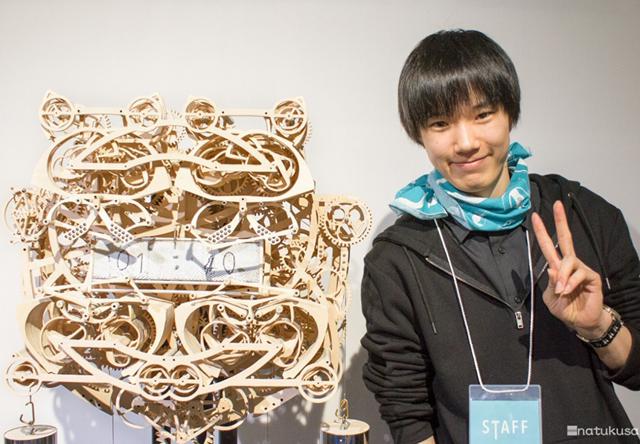 Suzuki Kango is a 22-year-old senior student in product design from Zao City, Miyagi Prefecture, Japan, close to Yamagata City, Yamagata Prefecture, where the university is located. After he posted a 16-second video of his completed clock in action on Twitter only a few days ago, his project has been featured in local and Japanese national news and television with proclamations of “genius,” shared widely online, and his Twitter video has over 180,000 retweets and 220,000 likes, at time of writing. Suzuki says that he tweeted pictures and videos of his work just to show his friends and was totally surprised by the huge reaction online.